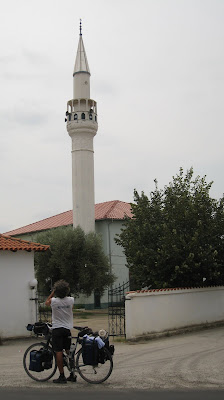 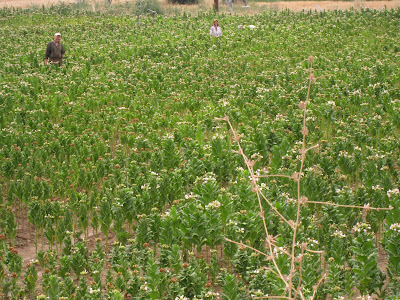 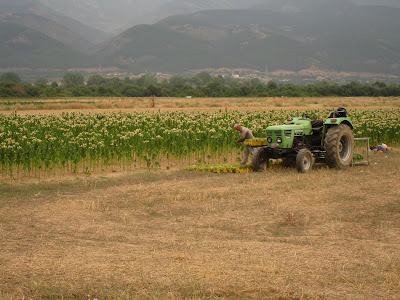 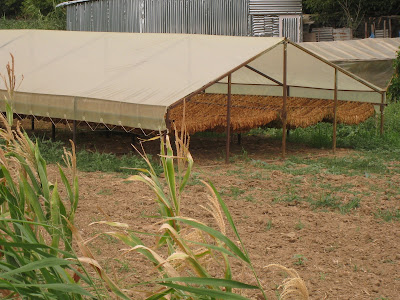 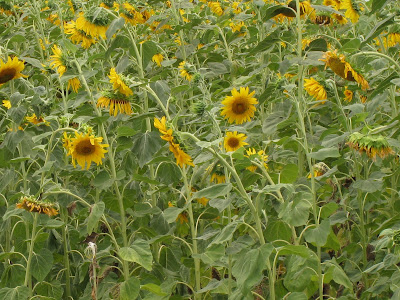 Sauntering out of the Rodophi mountains we took a lengthy break in alien Xanthi. After such underpopulated and densely green cycling, it was quite surprising to find such bustling and alien chaos. Turkish, Bulgarian, Pomac, Greek and who knows what other languages whirled around us in Xanthi's late morning downtown shopping frenzy.

Our first hour was spent stealing glances at the scarved muslim ladies in their dowdy overcoats while they stared back at me in my loud lycra cycling gear. Wheeling past the market, the brightly dressed, gold toothed Bulgarian ladies made me crave a jaunt to the north to explore what seems to be an unexpectedly colourful country. In the streets, we noticed many unusually fair people and later learned that these were Pomacs a very distinct group of non-Turkish muslims with an entirely unique culture and history. The real topper to our anthropological review was to hear the call to prayer as we cycled past Xanthi's mosque and into the heart of Xanthi's wealth, the tobacco fields.

And tobacco there is a plenty. Seeing broad-hipped ladies in long, full skirts and head scarves standing shoulder deep in vast fields of tobacco plants was a very bothersome sight. I hated to think of the harsh chemicals used on these plants and I couldn't help but feel a little sick to see these (mostly female and muslim) people hand-picking these toxic leaves. I also couldn't help but wonder how the growing and harvesting of tobacco factors in to the muslim stance on tobacco given that smoking is haram. Thankfully, my tobacco contemplations were interspersed with vast fields of sprightly and cheerful sunflowers.
Posted by Alexandra at 2:54 PM