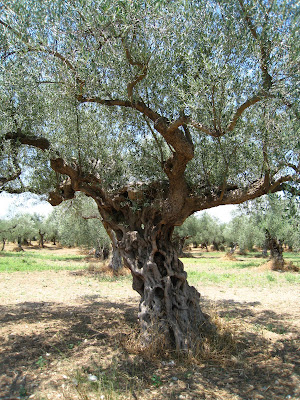 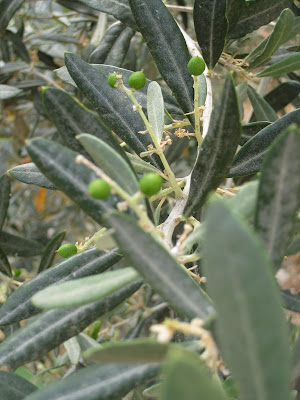 Rumour has it that when Athens was first founded there was a competition between Athena and Poseidon to present its citizens with a gift. The patron deity and namesake of the city would be chosen based on the gift. Athena, goddess of wisdom presented them with the first domesticated olive tree. The olive tree became synonomous with gentleness, wisdom, peace, and charity. It also quickly became the money tree of the mediterranean and there has been no looking back ever since.

In the 6th century BC, cutting down an olive tree was punishable by death. Landowners were encouraged to clear their land for the creation of olive groves as it was decreed the only exportable agricultural product. The end result was one of the world's earliest man-made ecological disasters. Great swathes of land, unsuitable for the cultivation of olives, was cleared and large scale erosion followed.

Today when passing through Laconia and Messinia, two of the world's top producers of olives and olive oil (come on, it's hard not to love a kalamata olive), groves of this sacred tree still make up a large part of the surrounding landscape. In Messinia, epic feuds have been fought over arable land for olives.
Posted by Alexandra at 1:39 PM