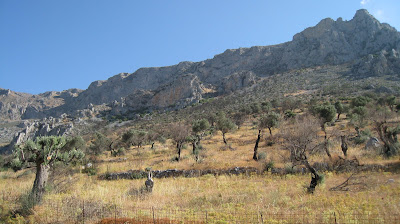 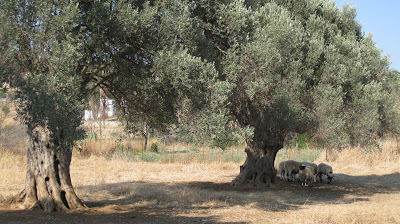 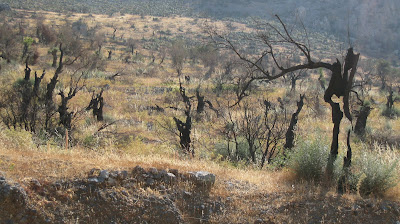 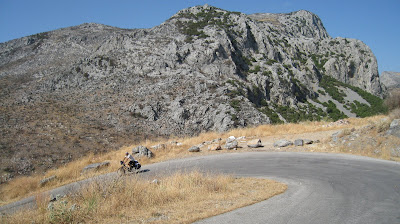 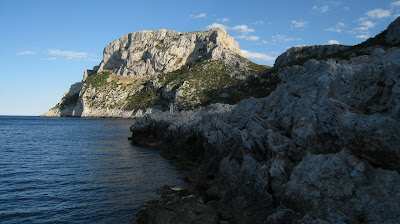 We came to realize that the wind farm had indeed blown us into the Greek equivalent of Oz. After much deliberation as to the future of our trip, we decided to throw all caution to that damn wind and entirely abandon our original plan to cycle through the mainland checking off many "must see" tourist destinations. We decided to favour areas not so talked about in guide books and to visit roads that barely appeared on our maps. Giddy with delight at having freed ourselves from the burden of a plan, we turned, not west to the archaeological sight of Eretria, but north to Trahili. What was in Trahili? We had no idea! But we had 5 days until the next ferry and so we pedalled north.

Stopping for water in Partheni, I heard the familiar lamenting bray of a donkey. Common to my life in Mexico, it was a first for me here in Greece. As I pedalled on - real unsanitized Greece flooded my soundtrack. The donkey gave way to chickens and roosters clucking up their scandals and, in the midst of all this, the voices of the village filled the valley. We had fallen into a rift that had missed the anti-septic hand of progress. As we continued we saw more donkeys, even people riding them, more people in humble homes living with their chickens and their sheep, and, best of all, whiskered ladies in black. Wise women with backs bent from decades of hard work. Women who didn't flinch at the thought of the physicality involved when we told them we were cycling through Greece. We made the right choice in dropping our plans and opening our itineraries to lesser visited Greece.

Along with lesser visited Greece came even steeper grades. Climbs have easily averaged 10% and on our first day on the road less travelled Basil reported seeing 18% on his computer. My muscles ache just thinking about it.
Posted by Alexandra at 11:33 AM