Life after the Peloponnese 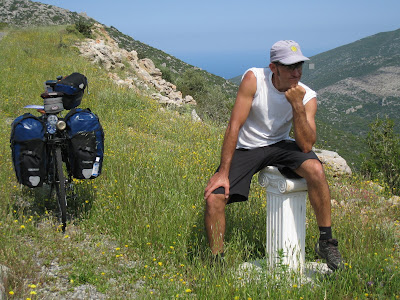 Getting itchy to explore Epirus and Thessaly in the northwest of Greece. We made a beeline from Dhimitsana to the north of the Peloponnese. Passing through Klitoria and Kastria we arrive at Kalyvrita where, in 1943, the German army massacred every male above the age of 15 in retaliation for the resistance movement that was bubbling there. Today the town is a popular weekend ski getaway for wealthy Athenians and the end point for the Vouraikos Gorge which cleaves an impressive rift in the Peloponnese from Diakopto in the north to Kalyvrita at its southern point. Climbing 15km up the side of the gorge to be greeted by the view out over the Gulf of Corinth and beyond to Sterea Ellada is a very rewarding finish to so much time in the Peloponnese. 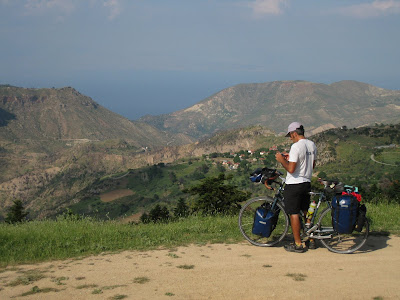 Reenergized about getting into a Greece unknown to us. 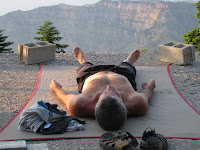 I couldn't wait to hit the North to learn why it is that the folks from the Mani feel such kinship with the people from Epirus, but the whole of Sterea Ellada lay between us and it. So we found a pretty little church tucked well off the road with an excellent view over the gulf and on to Delphi and Sterea Ellada and we began to set up camp.


...I love those decision making moments that take you completely off your original intended course... 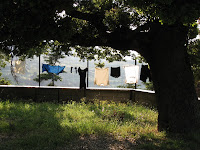 In passing, after we had finished our laundry and while Paul was preparing a delicious pasta 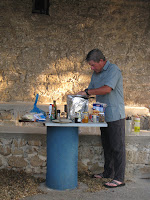 dish for dinner, Basil mentioned that we could always take a ferry to the north of Greece. I had been reading for days and plotting a route through Sterea Ellada to Ioannina, Zagorohoria, and Meteora. We had also been entertaining the thought of popping in for a 'peek' at Albania. It was a favourite amongst Greeks for bad-mouthing, and Abner, a good friend of Basil's, had us intrigued about his family's home country for years. 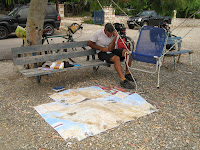 A ferry! Que va! I hadn't even considered such a short cut. A ferry would make Albania a sure thing and allow us a good amount of free time off the bike as well. I mulled this over all night and then the whole way down the gorge the next morning and I continued mulling ight into the early afternoon on the Egio ferry that carried us to Agios Nicholaos on the other side of the Gulf of Corinth. Finally the maps came out and court was held. 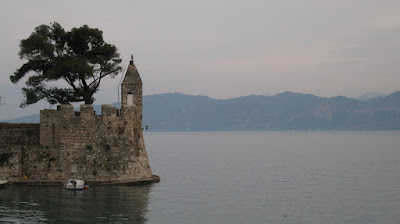 While undoubtedly the riding north through Sterea Ellada would have been phenomenal, we went for the ferry ride short cut, making misrepresented Albania a definite option. Fortunately for us, there was an overnight ferry out of Patra to Igoumenitsa the next night. Between now and then, lay an unexpected stay at untalked about city of Nafpaktos a lively little former Venetian holding across the gulf from Patra, and a ride back to the Peloponnese over Greek engineering point of pride the Rio-Andirio suspension bridge. And so that is how we came to land so quickly in the north of Greece. Whoo hoo! Happily back in Bougatsalandia. 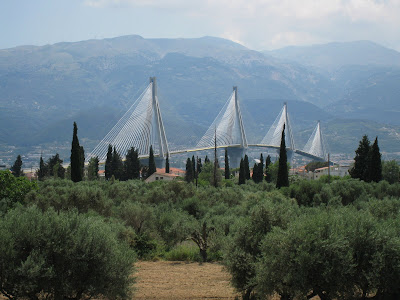 Posted by Alexandra at 3:49 AM