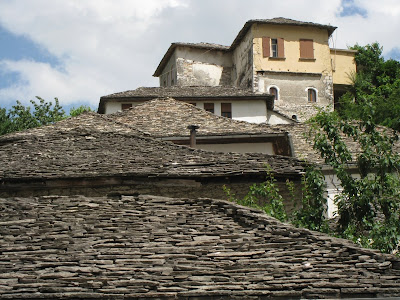 “It was a strange city, and seemed to have been cast up in a valley one winter's night like some prehistoric creature that was now clawing its way up the mountainside. Everything in the city was old and made of stone, from the streets and fountains to the the roofs of the sprawling age-old houses, covered with grey slates like gigantic scales.” This is how award winning author Ismail Kadare describes Gjirokastra in his 1971 novel called Chronicle in Stone. It is amazing to meander through the chaotic cobbled streets of this solid reminder of a time when building materials came from just down the road and were so much more permanent than they are today.

Standing in the town's handicraft shop in Gjirokastra we fingered through an impressive collection of Kadare's translated novels. Unfortunately Chronicle in Stone was only available in hardcover, and I, trying to cut back on my travelling library, already had 5 other books, so I opted for the lighter and less expensive but still fascinating Three Arched Bridge. Kadare's writing is so exquisite that, during a rainy afternoon nestled inside the heavy stone walls of Kotoni B&B, I devoured his tale of the role of the building of a bridge in Albania's transition from the the Venetian to the Ottoman empire. 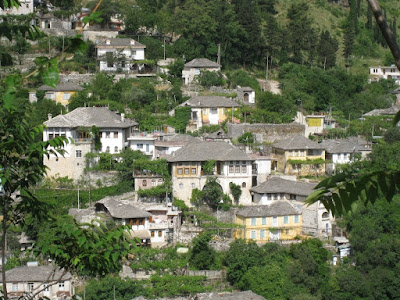 So, with it's own three arched bridge, Gjirokastra stands today, a testimony to the uniqueness of Turkish tower architecture and home to the largest castle in the Balkans. In 2005 it was made a UNESCO world heritage site and today the city struggles with the expense of the restoration of its maintenance starved old town. For us it is like a step back in time to a Europe of old that today is simply non-existent in such a genuine, inexpensive, and relatively tourist-free form. 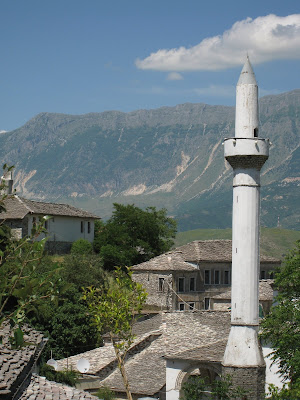 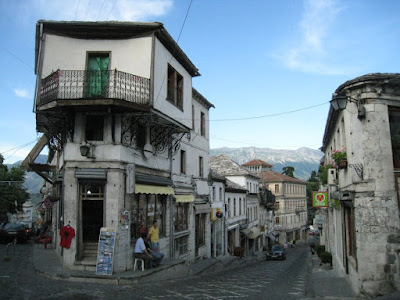 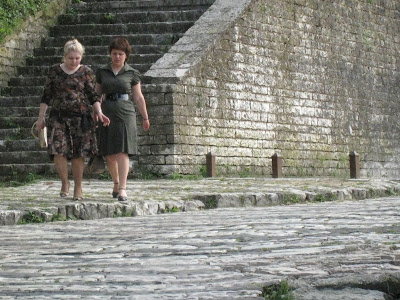 Posted by Alexandra at 7:10 AM