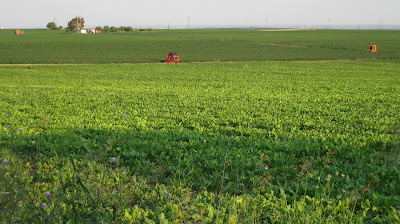 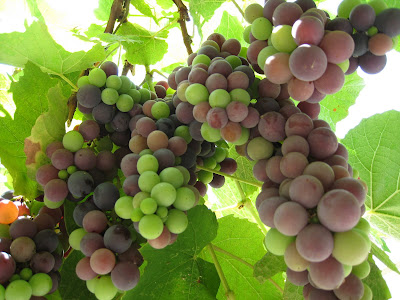 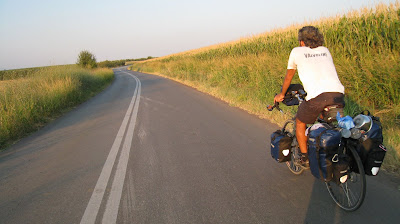 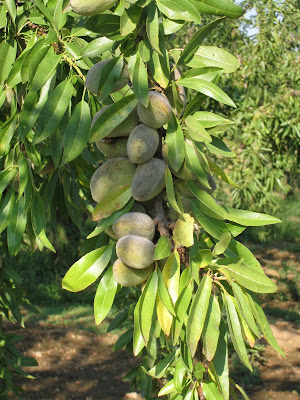 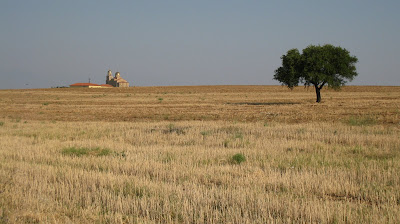 After watching the grades get increasingly steeper through the Pelloponnese and Evia we found ourselves laughing heartily at the "10%" grades Macedonia alerts drivers to at almost every hill. 10% is for sissies. Okay the 40+ temperatures make it a tad challenging, but 10% grade? Why are they even posting that? Nobody posted the 14, 15, 18 or 22% we have seen up to this point.

A good amount of gently rolling valleys sweep across a large part of Macedonia. I don't usually think of the term "Big Sky" as being characteristic of Greece, but there we were in the middle of Greece's bread basket surrounded by just that. Hills must come as a shock to these people who don't live with the mountains in quite the same way the rest of Greece does. Life in this part of Macedonia is all tractors and large scale agriculture. And it is mighty remarkable just how fast a tractor can go with a Greek farmer at the helm.

I was proudly told that Macedonia is Greece's California. Their agricultural role and use of labour from outside perhaps resembles California, but I think the comparisons stop there. Californians might not unearth the same quantity of Dionysian temples in their fields, Mount Olympus doesn't watch Californian hired Mexicans while they till the soil, and Alexander the Great didn't march across California in his mission to conquer the world.
Posted by Alexandra at 2:45 AM