If there was any swine flu in me then the winds that whipped the Arkadian coastline yesterday have surely blown it right out of me. Mounting our heavily laden steeds to wheel away from the hospitality of our beloved friends Helen and Christopher in Xiropigado, the wind that welcomed us was even more defeating than relearning to push an impressively loaded bike up a mountain. So,we rode to the next town for a looong lunch. 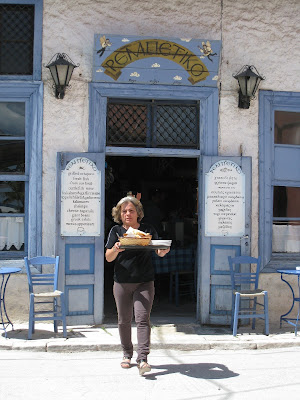 Pork chops were a popular choice amongst the local diners. Clearly the fear of swine flu had not struck nearly as hard as CNN would like or as deeply as it had stung me. I'm not usually one to jump on board with global paranoia, but having just spent the better part of the last month getting from Mexico to Greece in one of the most circuitous routes I've ever travelled, I was a smidge concerned. Seven airports, 6 buses, a ferry, and a handful of NYC subway trips I had quite the potential to either infect or be infected by a lot of people. My last day in an airport and on a bus was the day the WHO announcement went out. Miraculously I felt fine which is rare after anything more than one flight or one long bus ride. Since I met Mexico my immune system has become such that I will pick up any lurking, cold, flu, salmonella, e coli, amebiasis, or typhoid that crosses my path. 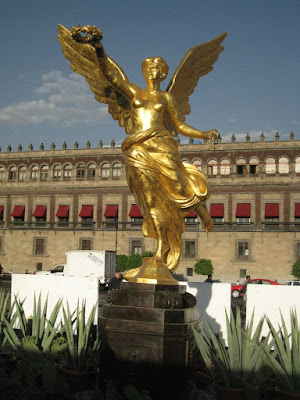 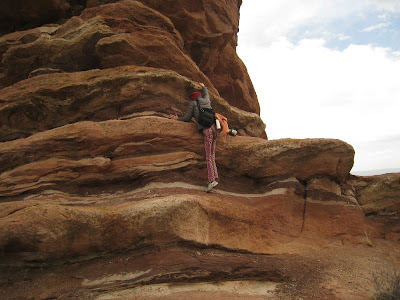 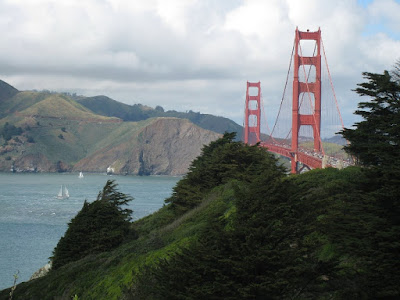 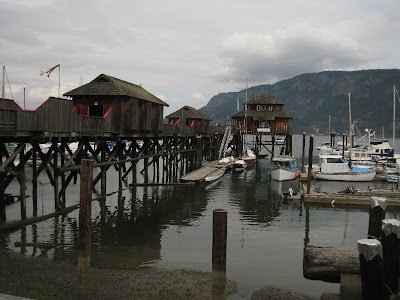 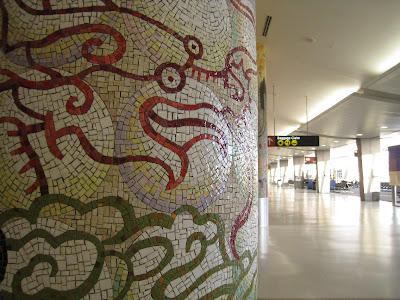 And now on to more important things...

I have been reminded that one of my favourite rides in Greece is along the coast between Xiropigado and Leonidio. Here the stony mountains of coastal Arkadia plunge dramatically into the Argholikos Gulf. Settlements nestle themselves onto any narrow slip of land afforded by the tight relationship between mountains and sea. Greek fishing boats have been replaced by apartments and homes tacked into impossible places with the hopes of luring the dollars that come with holiday getaways. Our road hugs the water dazzling us with precipitous drops and smooth curves. I am thrilled to be sleeping outside again even if my EXPED mattress has failed me for the fifth time and my new MONTBELL down sleeping bag seems to be missing some strategic down. Fortunately, the night my EXPED mattress failed, it was warm enough for my flimsy MONTBELL Down Hugger #5 sleeping bag and all my clothes to allow me to catch barely a few winks. I can't say the same for when overnight temps get down to 8C. The mattress still holds but the threat of another seam blowout is unsettling and the sleeping bag....grr@*!#RR! 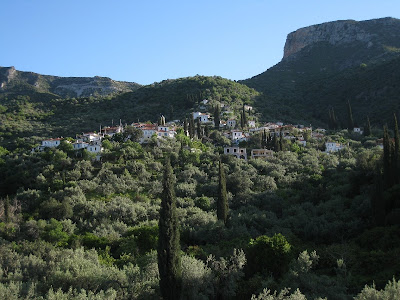 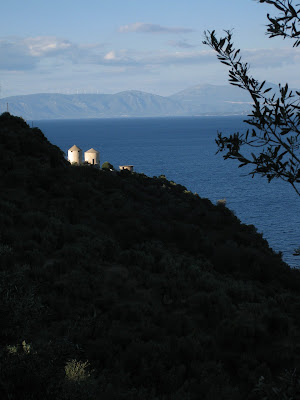 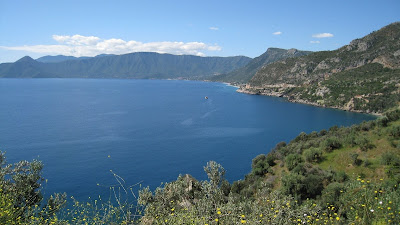