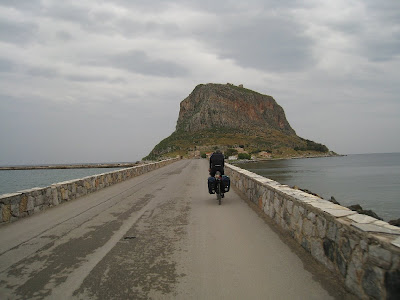 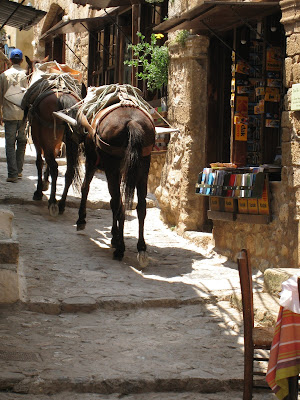 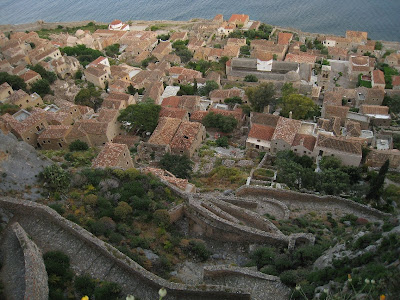 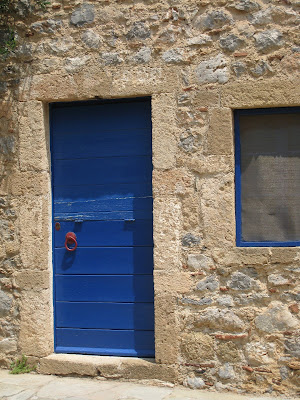 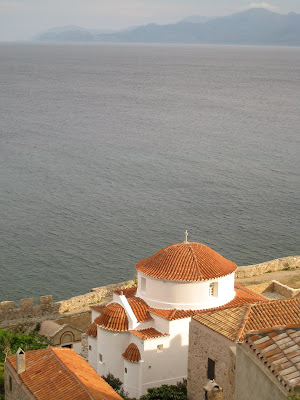 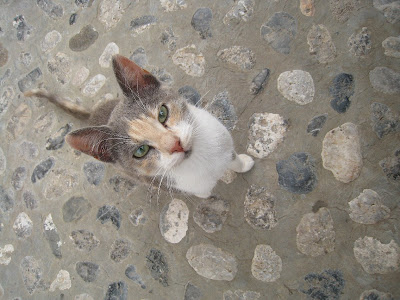 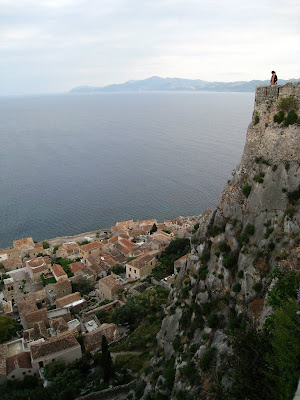 There is one entrance to this living Byzantine town on a rock. Lovingly restored by merchants, hoteliers, and the very rare resident, this gem, which is well hidden from view on land, only has 8 residents. In the 6th century, the town began it's life as a Byzantine settlement and as the port to Mystras. It remained under Byzantine rule for 700 years. After this it was occupied very briefly by the Franks, the Papacy, and then for longer by the Venetians, the Turks, and again briefly by the Germans. The town has never been without residents and today has a population of 8 people and at least 200 cats. Winding your way over cobbled streets through tasteful shops and cafes or tumbling your way through the weedy ruins of the upper town to take in a spectacular sunset feels like living in a storybook. This is probably why it is considered one of the most romantic places in Greece. We went for one day and stayed for three.
Posted by Alexandra at 3:36 PM