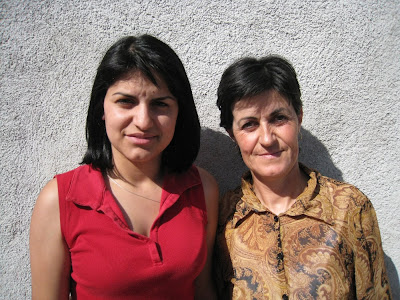 Trying to imagine what a visit to Basil's pal Abner's ancestral town Kuc i zi might be like, I decided to have a look through my flash drive for any photos I might have that could create a visual link between us and Kuc i zi. Thank goodness I found photos from Abner's wedding including a photo of him and (our strongest link) his father. I shifted the photos to my flash card so that I could easily pull out my camera to share some hopefully familiar faces to any confused villagers while trying to pantomime our reasons for cycling up the dusty road into tiny Kuc i zi. 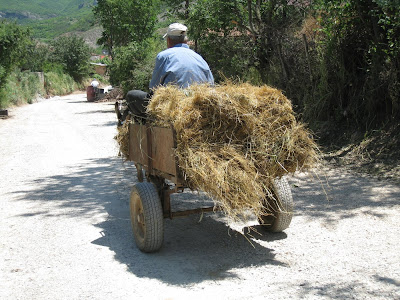 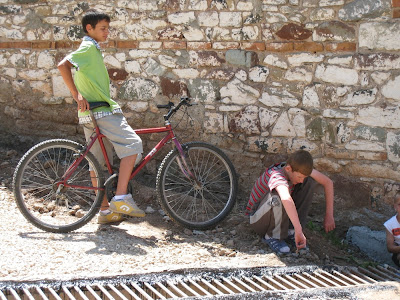 Of course the villagers were definitely confused by the arrival of two foreigners on heavily loaded bikes. At the t-junction at the end of the road we ran into a group of women and started with our few Albanian pleasantries and then our terrible mispronunciation of Abner's and his father's name . Nothing registered. I pulled out the camera and brought the pictures up on the screen. The camera was passed around and around getting more and more heavily layered with curious fingerprints. Still no recognition. Basil tried his Greek - nothing. A pretty young girl named Anna stepped up and tried out some Italian on us which we attempted to fumble around with by Italianizing our Spanish. Once she realized what we were doing, in perfect Spanish she asked us what it was we wanted. Relieved we explained ourselves and quickly Anna whisked us off to a beautiful stone house on the edge of the village to meet the family we sought. 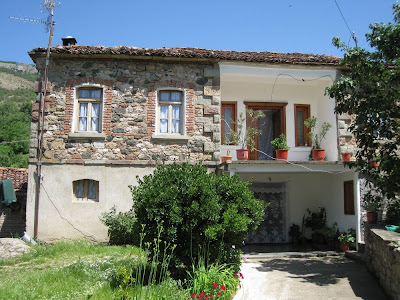 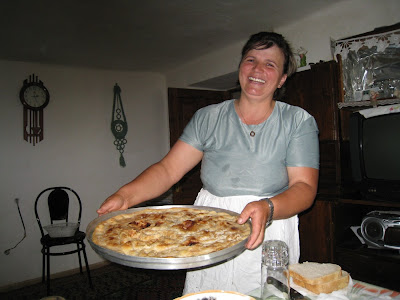 We were dumbfounded as this was the first time our Spanish had proven useful in Albania and how strange it was to be using it in a tiny, tiny village faraway from any tourist destinations. We asked Anna where she learned her Spanish. Her response further stupified us, "Telenovelas every day between 4 and 7 - I never miss them". Wow. Could it be that there is an entire subculture of Albanian housewives who are fluent in Spanish because of Mexican soap operas? The thought delighted me.

Anna insisted that we spend the night with her and her family and acted as interpreter through a beautiful lunch at Abner's family's home. Much to our amusement, her excellent Spanish only waned over vocabulary that has no real reason to arise in the Mexican soaps. 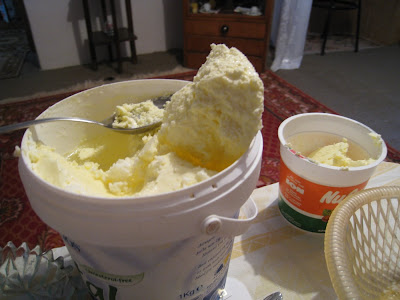 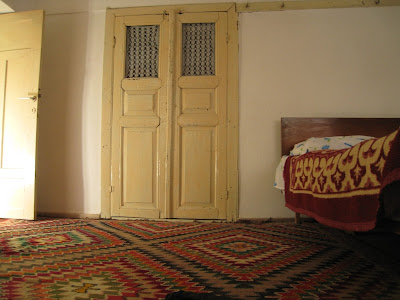 We toured the town, saw the fancy new hotel and bar (furnished proudly with goods "made in China"), visited the family's orchard and vineyard, met the family cow who slept meters away from our room, enjoyed homemade butter, yogurt, and cheese and felt truly blessed for falling into a level of hospitality that simply doesn't appear often in the world today. We were at a loss for what we could give Anna ad her family in return until, at the last minute, Anna told us about different family member's aches and pains and how difficult it was to find things like aspirin in Albania. We dug out our first aid kits and turned over all the aspirin, advil, and tylenol we could find.

As we pedalled away from Kuc i zi towards the Greek border, we couldn't help but feel puzzled by the restrictions on such an obviously bright young woman as Anna. Because by sheer chance we held the "right" passports we are are able to cross many borders without so much as a second glance. Our dear Anna, on the other hand, would have a difficult time crossing any border. If she were caught slipping through the mountains into Greece she would be chased down by Greek policemen driving fancy new four wheel drives, she might be beaten and who knows what else before being detained and deported back to Albania. From our experience, it would be a gift for any country to have a person like Anna within it's borders andAlbania is very fortunate to have her. 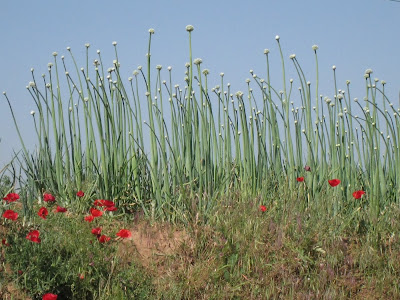 Posted by Alexandra at 2:05 AM

beautiful pics again but your words are even more eloquent...you have a gift.