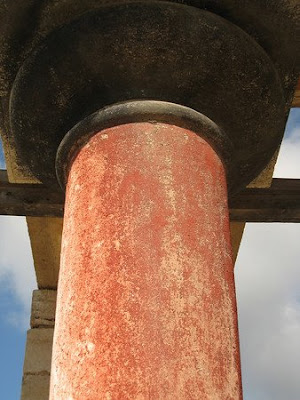 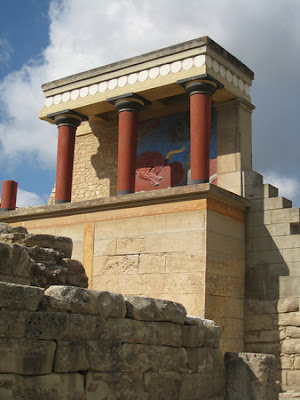 No trip to Crete would be complete without the all too obligatory visit to Knossos. As tempting as it is to stay away from all those painful bus loads of package tourists, who in their right mind can say no to a visit to King Midas's palace? Birthplace of such myths as: Jason and the Minotaur, King Midas and his golden touch, Icarus and Daedalus. My childhood fantasies refused to hold me back. Schliemann's restoration is, well: imaginative. It certainly doesn't leave much to the imagination of the rest of the world, which given the hordes of tourists who literally tromp through this place, and given the general lack of the average person's imagination - perhaps this is better? In a Disney kind of way? Maybe? 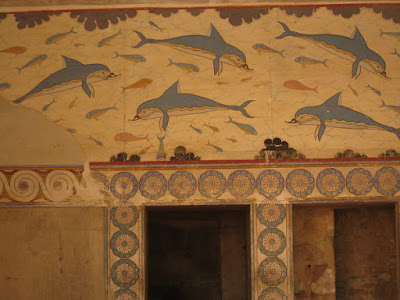 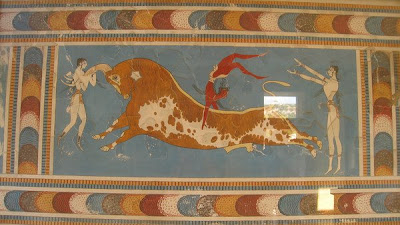 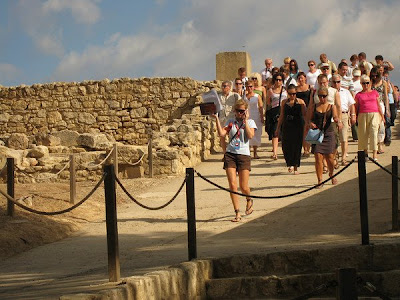 I have to say that the most delightful part of Knossos is the whimsical artwork that has been liberated from her rubble. Frescoes and pottery focus on nature, animals, and people's relationship with them. Flowing lines echo beauty, motion, and joy. There is an uplifting quality to what filled the imaginations of these ancient Minoans. The best window into this imagination is in the museum in Iraklio. 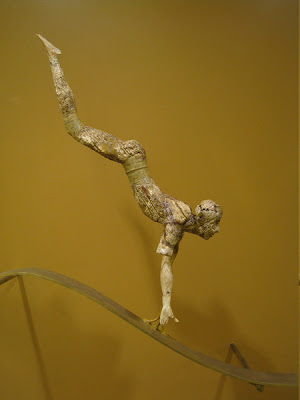 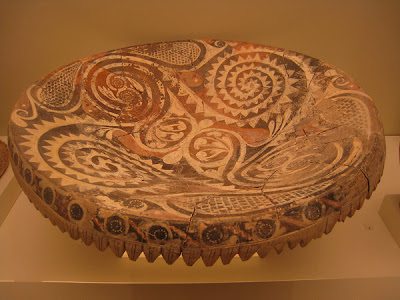 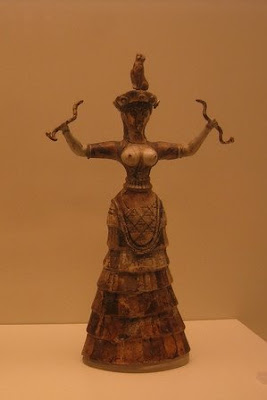 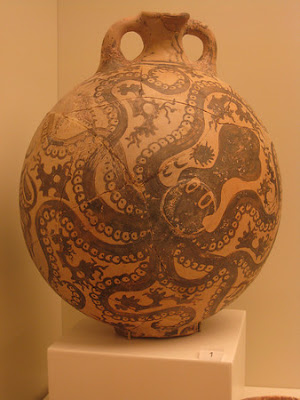 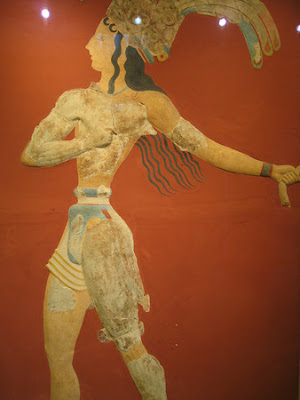 Posted by Alexandra at 5:53 PM

An excellent report on Knosssos, Thanks.

I love your title. While I also love figs I find that more than two fresh ones in a day and I my stomach gurgles for two days.

P.S. Thanks also for the blog-roll to my Paros island blog.

this is one of my favorite places in crete - every step you take in the area, you are treading on ancient ground