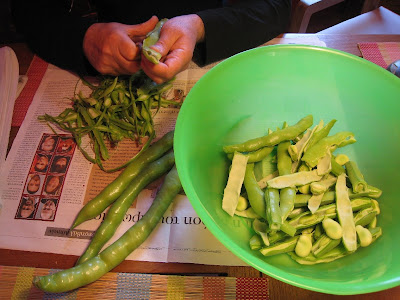 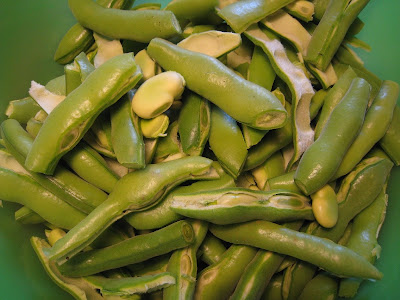 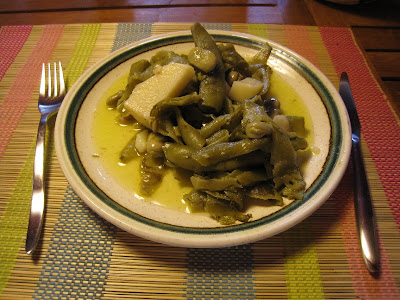 Koukia, or the fava bean, I had no idea how tasty this Mediterranean symbol of spring harvest could be. We were fortunate enough to arrive at George and Sandra's just in time to enjoy a fava and potato stew fresh from George's garden.

Originally from North Africa, fava beans in a dish known as ful medames is Egypt's number one breakfast item. In Southern Europe, the lowly fava, which grows heartily between early spring and late summer, has saved many a region from famine.

Having had George's fava stew I know that fava will definitely feature in my future dream garden. 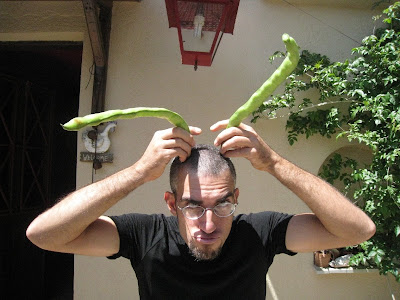 Posted by Alexandra at 9:56 AM